Learn Django Training in Dubai at Sanisoft information technologies. We offer the most practical-oriented Course for Django Python training course with certification assistance, and advanced lab facilities in Dubai and UAE. Join our Django Course at Sanisoft to become a Django Framework Engineer in Top MNC. Sanisoft offers Django Training in Dubai at Abu Dhabi, Sharjah, Ajman, Umm Al Quwain, Ras Al Khaimah, Fujairah, and UAE regions with unique Course Content and Backup Courses. Take a month with us, and you will become proficient in the Django concepts. 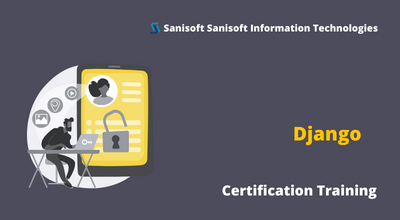 Have Doubts? Ask Our Experts

Django Training Dubai at Sanisoft. This extensive training program is designed to help you become a specialist in key programming concepts, You will learn the Python Web Framework Django and be able to apply it in real-world projects and programs as a professional Python Django Developer.

Django is a tool used to create software or applications integrated into websites. Django’s vectoring is very strong and allows for faster loading of content. It also gives you greater control over the functions. Django is used to create complex, large-scale database-driven websites easily and efficiently. Django is used primarily to manage web app server-side processing, much like its ancestor Python, primarily an application language. Django is used for web development by many websites, including Instagram, YouTube, and Spotify.

TALK TO EXPERT
CHAT WITH US

Why Sanisoft Is the Training Institute In For Django in Dubai?

What is Django and Used for?

Django is used to build highly scalable websites or web apps. Websites with a large user base or an ever-growing audience (e.g., Django) can speed up traffic to news sites, social media, and mapping sites. Django is a language that works well. It also allows users to create Python-based web apps.

Django is used to create sites with a user dashboard and support for different databases (SQLite PostgreSQL MySQL, MySQL, and other admin functions). Django can be paired with Angular JS client-side. Django gives companies a significant advantage when developing websites with Django. It is also a highly sought-after skill in the IT sector. Find the best Django training center near you in UAE to make the most of your time.

Answer 3 Simple quiz
Get 10% Discount on All Courses. Limited Offer Only. T&C Apply

Syllabus of Django Course in Dubai

SANISOFT Dubai offers a Web Development course called Django. It’s the best framework to develop a web application framework in Python programming language. Django is built on Model View Template (MVT), based upon the Model View Controller (MVC) Architecture. Django’s rapid development makes it a popular choice. It is used for any website or application.

Features Of Django course in Sanisoft

Our training protocols are constantly updated to reflect the most recent developments in Django programming. Training in Django concepts such as dynamic page processing, template designing and extension, database and form processing, Django administration, framework structures, templates (MTV), template systems (MTV), template designing and extension, Django administration, and template systems (MTV). These topics are covered at both the basic and advanced levels, providing pertinent information for all students who enroll in Django Classes Dubai.

Sanisoft Information Technologies offers flexible timings for all our students. Here are the Django classes in Dubai, The schedule for our branches. If the schedule does not match you, please let us know. We’ll try to find suitable times with your flexibility.

Get Fees
Get Fess

If you want to provide the most modern technology to your highly valued employees, we’re here to assist you.

Our trainers offer complete freedom to students to study the subject matter and learn from actual examples. In addition, our trainers assist candidates with their projects and prepare them for interviews and responses. Candidates are welcome to have any questions anytime.

After completion of the course, you will receive your Django course certificate. This certification is a unique qualification that allows you to enter the software industry. Candidates who have the Django certification are more likely to be offered jobs in top MNC companies.

This certification shows that the candidate is proficient in Django to be able to enter the field. This certification will help you to be positive during interviews. SANISOFT offers Django Training in Dubai for candidates who want to begin their career in Software Development. This will lead to a rewarding career.

To access wide career opportunities, candidates can also pursue other useful certifications around the world. 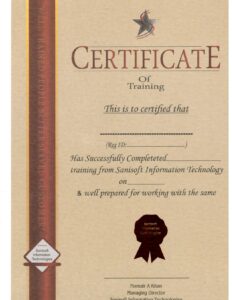 We provide our students with lifetime training and support. Even if your course is completed, any of our students can come and study with us anytime. They can go over and enhance their knowledge of subjects they've already studied.

With Sanisoft Infirmation Technologies, Course Cost is not just affordable. However, you also have the option of paying the fees in instalments. Quality Training at a Reasonable Price is our Slogan.

Learn to put your theory into practice with our industry expert trainers. Our highly trained and experienced trainers have worked in many corporations. 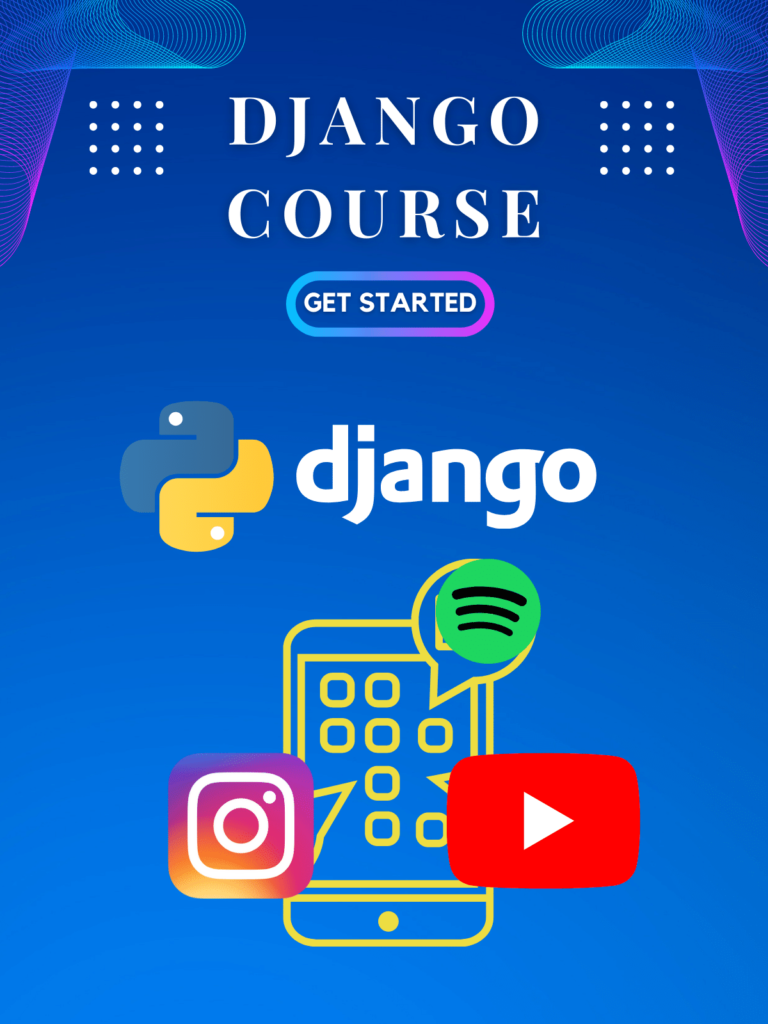 At Sanisoft Infirmation Technologies, you get Maximum Flexibility. Online or Classroom Training? Late evenings or Early mornings? Weekends or Weekdays? Regular mode or Fast Track? Pick the one that suits you the most useful.

We focused on interactive and instructor-led training. Interactive training gives you the knowledge, skills, confidence, and the ability to think outside the box to solve problems quickly.

We do not just provide IT courses for students but also corporate training for companies. These training courses are designed by our experts in the field and are adapted to the organisation's requirements.

If you join with more than three people in your training, we will give special discount. 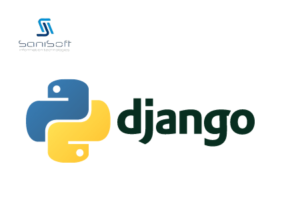 Jazmine D'souza

Read More
I had a really great experience preparing for the certifications I was pursuing. The environment is very supportive and welcoming. The training had me working on devices, implementing solutions to accomplish the required objectives. The relevant theory was thoroughly explained. The preparation provided for the exam was more than sufficient as well. Got helpful advice for the road ahead here as well.

Ashfaq Motiwala

Read More
I Enrolled for CCNA 200-301 and Azure Solutions Architect Course and the trainer help me clear my concept. I happen to do all labs on Real Cisco Equipment, I did not need to spend any money on Azure Subscription. Sanisoft has Certified and professional trainers that can help you achieve your exams with flying colors . Highly recommended for those who would like to start there Career in IT.

Karim Abbas

Read More
"I've never completed a course like this before and I cannot express how great it was and the overall content of the material. I would definitely recommend this to my friends. I will be looking into taking more of these classes through in the near future. Thank you so much!
Previous
Next
[trustindex no-registration=google]

Which is the best course for Django?

How Many Months Course is Django?

What is the Average Time It Takes to Learn Python Django? To master Django basics, will it take around three months? However, your first Django app could be created as little as one day. You will need to have a good understanding of Python programming language to get started with Django.

Is Django hard for beginners?

What is the Average Time It Takes to Learn Python Django? To master Django basics, will it take around three months? However, your first Django app could be created as little as one day. You will need to have a good understanding of Python programming language to get started with Django.

Django is enough to get a job?

If a company uses Python/Django, they will most likely evaluate you as a software developer

Learning Django will provide you a huge advantage in the industry, opening you new doors and allowing you to develop a variety of skills

Is Django still in demand?

Python developers have high demand, not just because Python is so widely used but also because Python has been used in many other areas. From web applications to data science, machine learning and machine intelligence.

What jobs are in demand for Django?

How quickly can I learn Django?

Django is difficult to learn if you don’t have a solid foundation in Python. While you don’t have to know everything about Python, it is important to understand Python basics before you can use Django. It would be best if you focused on Python classes and object-oriented programs.

Is Django good for future?

Learning Django will provide you a huge advantage in the industry, opening you new doors and allowing you to develop a variety of skills

What is Django actually used for?

It has a great set of libraries

What are the advantage of Django ?

Django can be a great choice if your use case requires that your frontend and backend codes exist in the same location. Django is a well-known framework that has been used by many large companies to build their products. It’s unlikely that Django support and development will cease anytime soon.

What do I need to become a Django Developer?

Is Django a good skill to learn?

For beginner developers, Django is a great choice, as it really guides your hand and teaches you some useful design skills. If you are on a more advanced level, you can benefit from the improvement in the speed of development made possible by the framework’s many powerful features

Are you located in any of these areas in Dubai UAE

Sanisoft is close to many metro stations, like Al Rigga and Union metro stations, all within 7 minutes of walkable distance. If you are looking for the most effective training available in Dubai, traveling just a few extra miles is well worth it!

Fill the Form Get Free Consultation From Industry Experts!